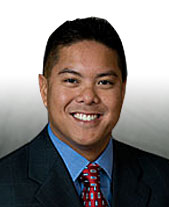 Roger Javier is a native of Miami, Fla., but has made New Orleans his home since 1995. Mr. Javier earned his undergraduate degree, majoring in business administration with a minor in psychology, from Emory University in 1993. Mr. Javier attended Loyola University Law School in New Orleans, La., where he earned many distinctions. He was a moot court board member, moot court semifinalist, a moot court teaching assistant and was also the first second year law student ever selected to coach one of Loyola’s national teams. He was a member of the St. Thomas More Inns of Court and has also had articles published in law journals.

Mr. Javier has motion, trial, and appellate practice and experience in both state and federal courts. He has successfully tried, settled and mediated cases throughout Louisiana and in federal court in Mississippi. He represents many corporations (several of which are Fortune 500 companies), insurance companies and self-insured entities, and he frequently provides in-house seminars to his clients in his areas of practice. He is a member of the Louisiana State Bar Association and the Louisiana Association of Defense Counsel.