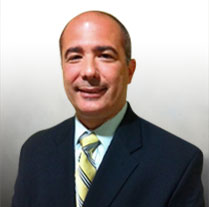 Ruben Chavez is licensed to practice law in Florida and has argued cases in the Eleventh Circuit Court of Appeals, as well as the Third and Fourth District Courts of Appeal for the State of Florida.

Mr. Chavez has experience handling all facets of civil and criminal litigation. He has represented both businesses and individuals during depositions, discovery, trial and appellate practice. Mr. Chavez has litigated and tried civil rights cases under 42 U.S.C. §1983, as well as pursued commercial collections actions in federal and state courts, including claims implicating the Employee Retirement Income Security Act (ERISA).